A unique form of Lord Krishna and Radharani.

Famous Temple of Lord Krishna in World is Banke Bihariji Temple in Vrindavan. Bankey Bihari Temple is a Hindu temple of Radha-vallabha tradition dedicated to Krishna, in the holy city of Vrindavan, Mathura district of UP, India. It was constructed in 1864. Banke Bihari was originally worshipped at Nidhivan 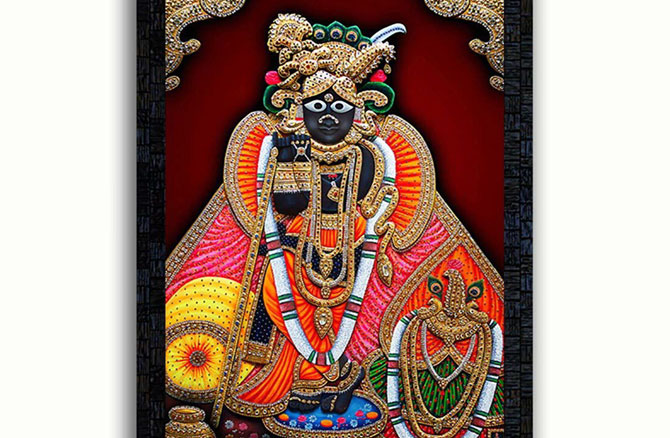 Thousands of people come here every day from abroad to get a glimpse of Banke Bihari. During the darshan, most of the devotees close their eyes and meditate on the Lord, but tell you that do not forget to go to Banke Bihari, otherwise your coming here will be in vain. Let us tell you why we are saying this.

Few people know that the idol of Banke Bihari was not made, but it was revealed at the request of Swami Haridas so that other people can also see it and see God and take their blessings. It is said that this idol is not of any metal but of wood. Lord Krishna and Mata Radha are under the love of whoever loves them or eyes them in the eyes of this idol and beholds them with love, God cannot stop himself from being kind to that devotee.

The image of Lord Krishna stands in the Tribhanga posture. Haridas Swami originally worshipped this devotional image under the name of Kunj-Bihari ("Enjoyer of Lakes").

Bankey Bihari Temple was established by Swami Haridas.The image of Bihariji installed in Shri Bankey Bihari Mandir is the one granted to Swami Haridas by the celestial couple Shyama-Shyam themselves. Submitting to the desire of devotees, The Lord appeared in person with his divine consort and left-back a black charming image before disappearing.

Lord Bankey Bihari, popularly known as Shri Bihariji. The responsibility of Sewa of Bihariji was handed over to Goswami Jagannath by Swamiji himself. Goswami Jagannath was one of the principal disciples and younger brothers of Swamiji. By tradition, the Sewa is performed by descendants of Jagannath Goswami till day. Initially, the deity was installed in a temple close to the first appearance in Nidhivan. A new temple befitting the glory of Bihariji was constructed in 1862 AD. Goswamis themselves mobilized resources for the construction. The temple is an architectural beauty in itself and follows the contemporary Rajasthani style.

Bihariji Seva - 3 Times in a Day

The sewa of the Bihariji is unique in its own way. It is performed in three parts every day i.e. Shringar, Rajbhog and Shayan. While shringar (which includes bath, dressing and adornment with jewellery like crown and necklaces) and Rajbhog(feast) are offered in the forenoon, Shayan Sewa (Shayan means sleep) is offered in the evening. The temple doesn't have a tradition of Mangala (early morning) sewa. Swami Haridas did not favour Mangla Sewa as he wanted his childlike Lord to take complete rest and did not want to disturb him out of deep slumber so early in the morning. 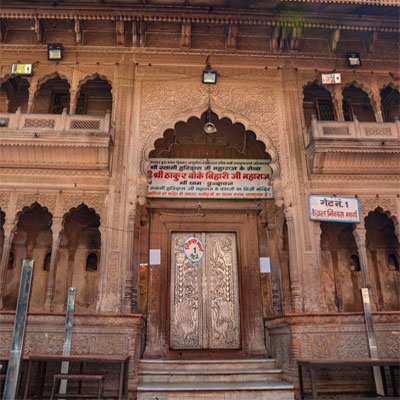 How to Reach Bankey Bihari Temple

Just 10km far from Mathura and 2 km from Vrindavan Bus Stand. Mathura Vrindavan well connected to other major cities of the country via regular buses, trains and Delhi airport.