Birthplace of Radha Rani and World Famous for Lathmar Holi.

Barsana, the birthplace of Radha, the beloved of Krishnaji! It is a town located 21 Km north of Govardhan, in Mathura in Uttar Pradesh. While Lord Vishnu incarnated as Shri Krishna, it was only appropriate that his wife and ‘Shakti’ Goddess Laxmi incarnated as the companion and the love interest of Shri Krishna. Radha was born a year earlier than Shri Krishna. Radha, also known as Radhe, Radhika and Radha rani was born to King VrishBhanu and his wife ‘Kriti’ in a palace. King Vrishbhanu was the friend of Nand Baba, the foster father of Shri Krishna. 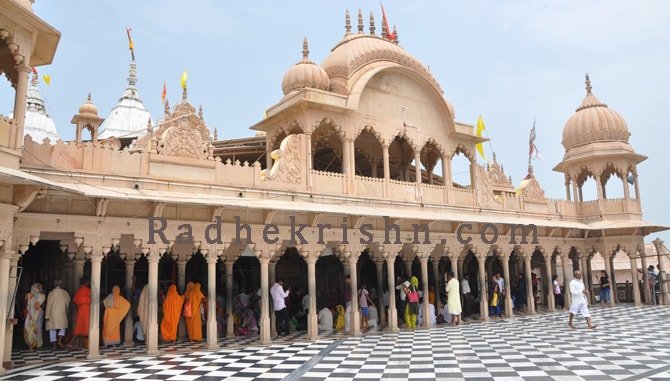 Barsana, the homeland of Radha!

Barsana, the birthplace of Radha, is just 43 km away from Vrindavan in Mathura district Uttar Pradesh. Situated on the slope of a ridge, Barsana was originally known as ‘Brahmasaran’. It is from this place that Radha used to often go to Vrindavan to meet Shri Krishna. Like Vrindavan, Barsana is also famous worldwide for being dedicated to Radha-Krishna and people from faraway lands come to visit the place as a pilgrimage. Barsana is filled with Radha Krishna Temples all over.

The ground for the Dance Play of Radha-Krishna!

Barsana is one of the most prominent places in Hindu mythology. It is the place where Radha was born and grew up among her friends. And this is the very place where Krishnaji used to come to meet Radha and spend time with her. So it is considered that you get a reward when you visit it. According to the Puranas, due to the constant problems caused by the Rakshas, when Nand Baba settled down at Nand Gaon, his friend Vrishbhanu too left Rawal and came to settle at the nearby Barsana. It also said that Lord Brahma once requested Lord Vishnu to settle at Barsana . 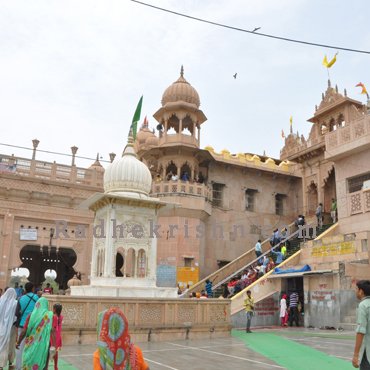 Birth place of Radhe, People call her Ladliji and Shriji 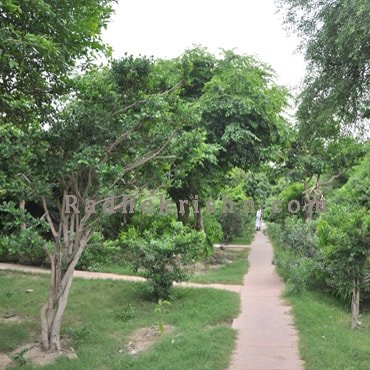 Place where Radharani would come with her friends 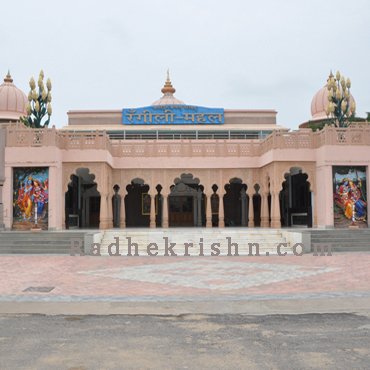 Founded in 1996, is one of the main centers of Jagadguru Kripalu Ji
Book Tour Click to Call

Barsana village is located 43 km from Mathura. The reason for the name of the Barasana village - Nand Maharaj ji, was very fond of Shree Vrishbhanu Maharaj Ji. When Shri Nand Maharaj was residing in Gokul. Then Vrishbhanu Maharaj was staying in Raval village near Gokul. When Shri Nand Maharaj crossed the river Yamuna from Gokul to protect Lord Krishna, he came to reside in Nandgaon. Upon hearing this, Shri Vrishabhanu Maharaj also came from Raval village and resided in Nandgaon. The mountain on which Sri Vrishbhanu Maharaj had lived. The name of that mountain was Bhanugarh and the second name of this mountain is Brahagiri Mountain. Due to his residing in this village, this village got the name Barasana village. The place where Vrishbhanu Maharaj Ji was sitting. At that place, the Shri Radha Rani Temple is located. In this temple, the regular service of Lord Radha Rani's vigil is worshiped. There are many temples in Brajdham. Among them, the temple of Shri Radha Rani is paramount. The Sidia of the temple is made of beautiful stones. In the course of his childhood, Shri Krishna had played in the beautiful game Nandgaon with his teachers. In the same way, Shri Radha ji had played the game in rowing with his beloved friends. There is a giant prayer in front of Shri Ji temple. Here every year the game of Kirtan, Jhulan Kirtan, Madhumangal of Holi games is held.

Other Tourist Attractions and Holy Places in Barsana

Radhaji used to go in seclusion when she was sad or angry. Krishnaji used to try to please her. It has a dark chamber.

Mor Kutir is the place where Radhaji and Krishnaji used to dance as peacock and peahen.

This is the pond in the center of a forest where Radhaji is supposed to have a bath.

It is a very easy reach Vrindavan just 11 kilometers from Mathura and 50 km from Agra, you can take a bus, train or plane! There are good hotels and guest houses available for every budget which you can book easily online or on reaching Vrindavan. The nearest places from Vrindavan are Mathura and Agra which is just 11km and 50 km away. It is well connected with all the big cities like Mumbai, Bangalore, Kolkata and Delhi. You can always hire a taxi to Vrindavan.