The Gopis of Braj Bhoomi, a Symbol of True and Unconditional Love!

The relationship of Gopis (village bellies) of Gokul and Vrindavan with Lord Krishna is unmatched and incredible! The story of the Gopis is a story of deep love and dedication but it was more than physical, it was supreme. Even if it was physical at some point, as they were human beings after all, Shri Krishna gave it the right direction and turned it into divine love! The Hindu Vaishnava Theology has termed it as "Shuddh-Bhakti" which means 'the highest form of unconditional love for the Lord Krishna. 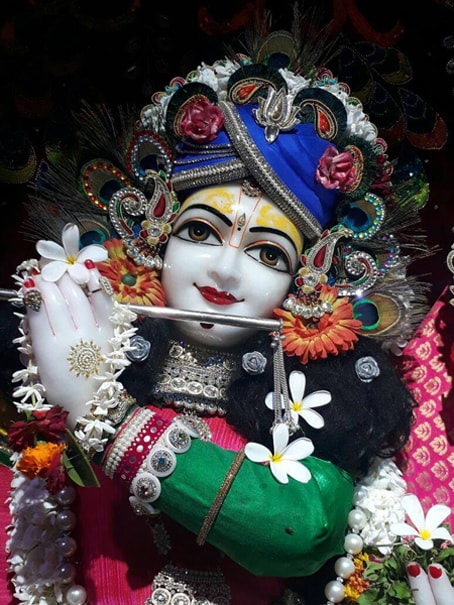 Gopis (village bellies) were the life of their villages of Gokul and Vrindavan 5000 years ago! The chitter-chatter of these cow herding girls, their happy and beautiful faces kept the village alive. It is written that these Brij Gopis were hermits in their previous life who were great devotees of Shri Krishna. Thus, they had been given birth as Gopis in the village where Shri Krishna was to be brought up.

Shri Krishna was an immensely cute and beautiful boy while he was growing. And due to his mischievous nature, he became a favorite of all the Gopis of the village. Shri Radhaji was also a Gopi but her place is of the highest reverence! These Gopis are said to 108 in number and extremely fond of their 'Kanha'!

Some of the prominent Gopis are:

They yearned for the attention of Shri Krishna which many a times made Radhaji very upset. But Shri Krishna knew the truth as well as the height of the devotion of the Gopis and always dealt with them affectionately.

According to an anecdote given in the scriptures, the Gopis kept a very difficult fast (Kaatyaayni Vrat) to get Shri Krishna as their husband. Initially, Shri Krishna tried to discourage them. He even stole their clothes when they were bathing in the pond, to deter them from keeping the fast. He also pleaded them not to keep the fast but seeing their determination, he promised them to fulfill their desire. One night by the river Yamuna at Vrindavan, he began to play the flute and hearing the music all the gopis left their house and surrounded him. Here even he asked them to return home but they were entranced in his devotion! They kept dancing and dancing around him until he vanished to keep their pride intact!

Such was the relationship of Shri Krishna with the Gopis of 'Braj' Bhoomi. The 'Raas Lila' is performed even today in the praise of Lord Krishna. So come to the holy land and get absorbed in the devotional love!