About Cow - Significance of the Cow

The cow is considered as one of the most sacred animals in India. Millions of Hindus revere and worship it. The cow has myriad qualities. The characteristic of the cow of providing Life supporting Milk has elevated its status to the level of a Mother Goddess. Therefore, the people respect it like a Maternal Figure. 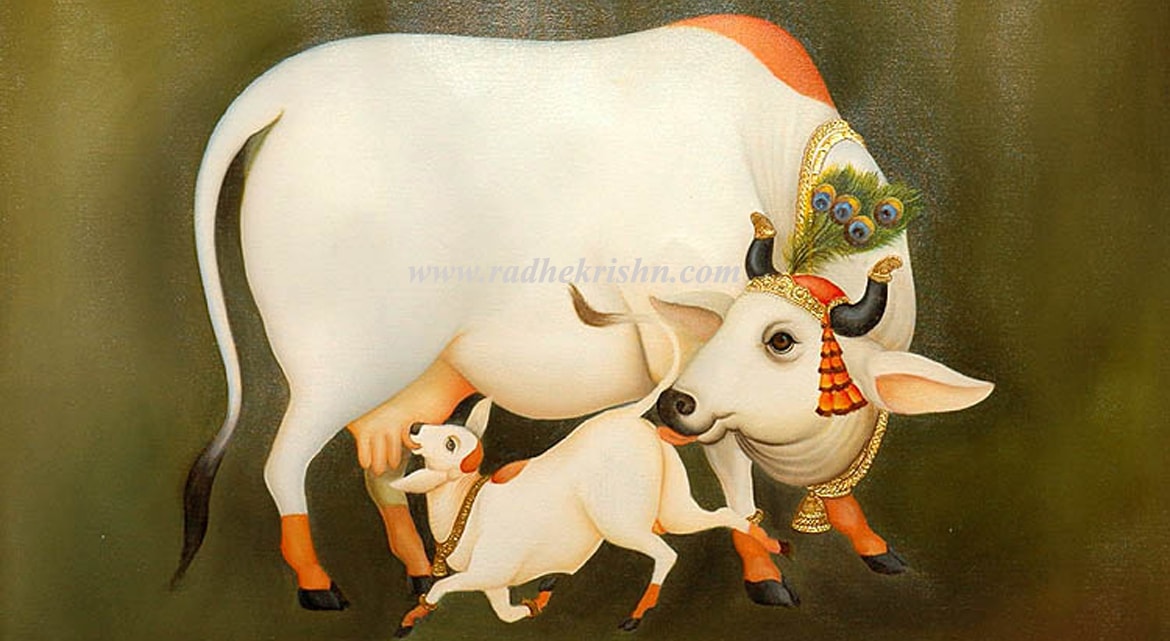 The Cow as a Provider

The holy cow is perhaps the most harmless animal in the entire world. The best characteristic of a cow is that it gives so much yet demands nothing in return. As we know, there are innumerable dairy products made out of milk e.g. Butter, Ghee, Curd, sweets and what not! The Hindu rituals are never complete without Ghee and curd is considered as a lucky charm by many. Whereby, they find it essential to have it before doing something important. The cow dung is used in the making of Fertilizers that stimulate the farming process. It is also saved, to be used as fuel and produce heat and electricity. For many years, the bull was extremely important for our lives. The bull used in agriculture to tilt the land to produce food grains. It is sad that floored by the growing technology we have forgotten the significance of the cow in our Life.

Religious Significance of the Cow 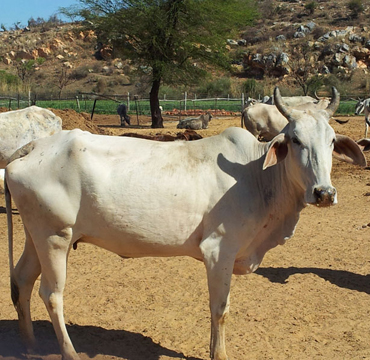 The holy cow also owes its significance to Lord Krishna, the famous deity of the Hindus. His childhood was spent in Gokul near Mathura. He was brought up in the family of a milkman, ‘Nand Baba’. Lord Krishna grew up as a cow herder in the midst of cows and ‘gopis’ (Milkmaids). He is also addressed as Govinda and ‘Gopala’ which means ‘protector and friend of cows’. Even the bull has immense value in the Hindu Mythology. If cow is the mother, then the Bull is the father! The Nandi bull, it is believed was the vehicle of Lord Shiv and the gatekeeper of Shiv and Parvati. The North Indian Temples are filled with the sculptures and images of Nandi bull. On the other hand, the ‘Kamadhenu’ cow also has tremendous religious significance. She was miraculous and gave her devotees whatever they desired. She is considered to be the mother of all cows.

Ayurvedic Significance of the Cow

Ayurveda understands the importance of a cow. It is a great exponent of the ‘sattvic’ qualities of milk and the dairy products. Yogurt, Butter Milk, Organic Milk, ghee and other milk products are not only nutritious but provide calcium and Protein to the Tissues. Ghee and cow dung used in ‘Yagna’ fire ceremonies complete the ritual but at the same time, it helps to purify the air. Ayurveda also believes that some diseases cannot be healed by medicines alone and they propagate ‘Panchamrit’, a drink that is supposed to be blessed to heal. It is ‘nectar of gods’ made of 5 items – yogurt, ghee, honey, sugar and milk. It is distributed at the end of religious ceremonies. It is said that the ‘Panchamrit’ fills a person with divine energy and heals him from within.

Hugging a cow reduces stress in humans and increases positivity 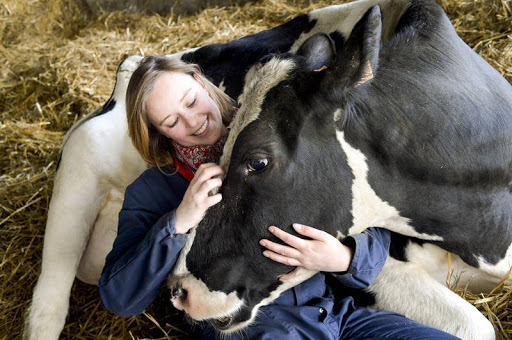 The warm temperature, slow beats and large size of the cow's body give a feeling of peace to the people sitting close to it. It is a soothing experience. Not only this, cows also feel pleasant. It is like scratching their back. Sitting close to them, letting them lick are all part of this medical experience.

It is believed that embracing cows releases oxytocin in the human body and makes them feel good. These hormones are released during good social interaction. Oxytocin is believed to bring a feeling of satisfaction, reduce stress and make one feel at peace with friends.

The cow plays such an important role in our lives yet we fail to acknowledge its significance. It is said our ‘Bapu’ Mahatma Gandhi became a vegetarian because the cows were being ill treated. It is sad that since the cows are harmless, we have stopped caring about them. Its time, we came out of our cocoons and started thinking about our real ‘care takers’. It is imperative to save and maintain them or the time is not far when they will be extinct. We cannot undermine their importance. Just imagine the circumstances if our children are deprived of the nutrition provided by the cow and the condition of our crops in the absence of cow dung! It is time for action!

Let us come forward and volunteer for cow service. Cow service is also considered to be a sanctifying act! Let us help with our body and soul. We can serve by working in the cow shed (Gau-shala) or giving land for cow ranging and cow rehabilitation. Whatever way we feel, we should save the cow, for our children, for humanity. The cow is the symbol of the divine gift of earth. Come, let’s save it!