Srimati Radharani is the direct counterpart of Lordi Krishna. She is the central figure for all the goddesses of fortune. She possesses all the attractiveness to attract the all-attractive Personality of Godhead. She is the primeval internal potency of the Lord. She is the chief associate and devotee of Lord Krishna, and topmost of all goddesses Srimati Radharani is the Supreme Goddess. She is most always seen with Krishna. She is the most excellent worshiper of Lord Krishna. However, She is also an expansion of the Lord's energy. Since she is also an extension of Krishna, She is the feminine aspect of God.

Radharani has many names according to Her qualities and characteristics :

Radha Rani is also known as Sarva-kanti , which indicates that all beauty and luster rest in Her body, and all the Lakshmis derive their beauty from Her. Sarva-kanti also means that all the desires of Lord Krishna rest in Srimati Radharani. As Lord Krishna enchants the world with His beauty and charm, Sri Radha enchants Him. Therefore She is the Supreme Goddess. Sri Radha is the full power, and Lord Krishna is the possessor of full power. Thus, the two are non-different, as the sunshine is nondifferent from the sun, or as the energy is non-different from the energetic or source of energy. 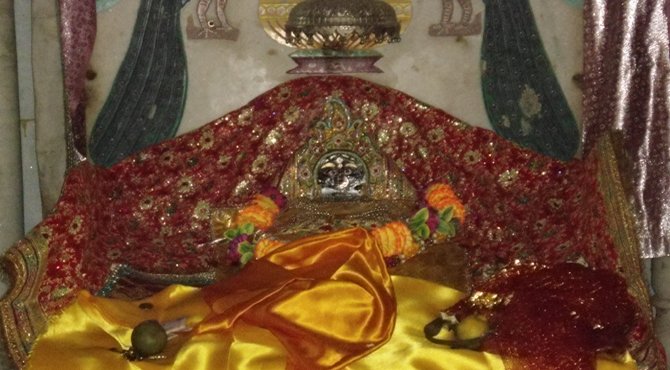 Without Radha Rani there is no meaning to Krishna and without Krishna there is no meaning to Radha Rani. Because of this, in the Vaishnava tradition we always pay respects first to the Lord's internal energy in the form of Radha Rani, and then to the Krishna. Thus They are referred to as Radha-Krishna, or in other names as Sita-Rama, Lakshmi-Narayana, and so on. In this way, Radha and Krishna are one, but when Lord Krishna wants to enjoy, He manifests Himself as Radharani. Otherwise, there is no energy in which Krishna can attain pleasure outside Himself. Among the gopis of Vrindavana, Radharani and another gopi are considered chief. However, when we compare the gopis, it appears tha Radharani is most important because Her real feature expresses the highest ecstasy of love. The ecstasy of love experienced by the other gopis cannot be compared to that of Sri Radharani."

It is also described that the potency of love of God is called hladini , the Lord's pleasure potency. Whenever the Lord wants to enjoy pleasure, He exhibits His own spiritual potency known as hladini . And the essence of that love is in the emotion called bhava . The ultimate development of that emotion is mahabhava , or great bhava . Mahabhava is full of the pleasure potency, and it is an exhibition of the highest love for Lord Krishna. Sri Radharani is the embodiment of that transcendental consciousness found in mahabhava . Her mind, senses and body are steeped in that highest sort of love for Krishna. She is as spiritual as the Lord Himself. In fact, being the personification of the hladini-shakti , the pleasure giving energy of the Lord, She is the only source of enjoyment for the Lord. This pleasure potency manifests spiritually as Radharani in a way that attracts even Lord Krishna. He takes no pleasure in anything material. The Lord could never enjoy anything that is less spiritual than Himself.

Therefore Radha and Krishna are identical. Then She expands Herself into different forms, known as Lalita, Visakha, and Her other confidential associates that increase the mood of divine love. However, being the Lord's hladini feature, She is also the ultimate source of all happiness for all the living beings. In other words, everything that gives pleasure and happiness within the spiritual or the material worlds is because of Her and the energy that emanates from Her. That same pleasure potency expands and spreads throughout the spiritual worlds, and then descends into the material creation into the many forms of happiness that is experienced by the conditioned soul, though it may be called by different names and perceived in assorted ways. Since we are all parts and parcels of the Lord, we also have that pleasure potency within us to a minute degree. But we are trying to enjoy it in the material world. Therefore we are like sparks that are dying out because we have left our place which is in the blazing fire of Lord Krishna's association.

"Although the effulgence of the moon is brilliant initially at night, in the daytime it fades away. Similarly, although the lotus is beautiful during the daytime, at night it closes. But, O My friend, the face of My most dear Srimati Radharani is always bright and beautiful, both day and night. Therefore, to what can Her face be compared""

"When Srimati Radharani smiles, waves of joy overtake Her cheeks, and Her arched eyebrows dance like the bow of Cupid. Her glance is so enchanting that it is like a dancing bumblebee, moving unsteadily due to intoxication. That bee has bitten the whorl of My heart."

Why is radha called Rani : Radha is also called Vrindavaneshwari as she is considered as the queen of Vrindavan and Barsana. Radha's love for Krishna is so divine and selfless that it is believed that the Krishna who attracts the whole world, himself gets attracted towards Radharani. 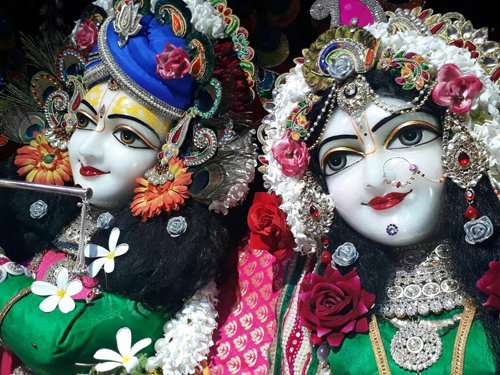 Agritourism with Farmhouse visit and Night Stay in Village

Live the life of a villager. Staying in touch with Natur. Fresh Air, Milk, Oil, Food, Fruits and Vegetables.